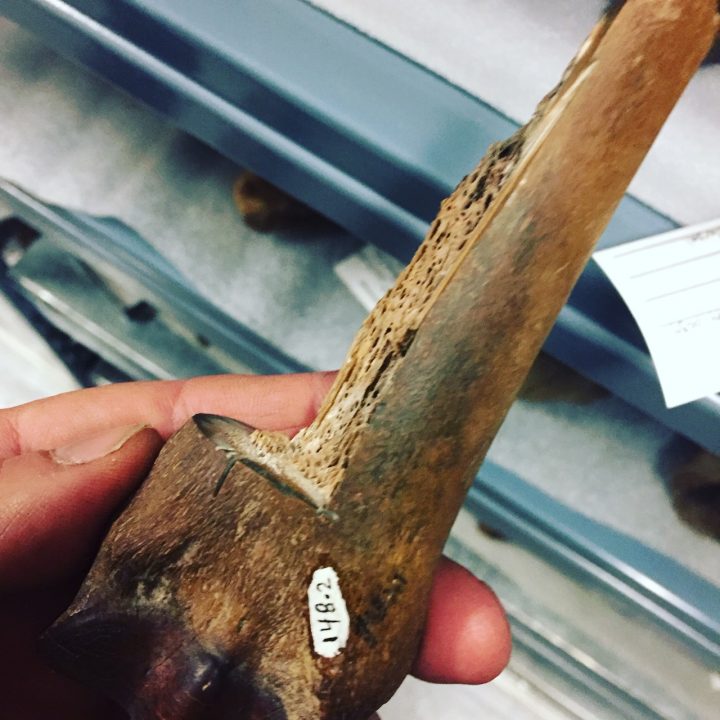 Almost ten years ago I found a metapodial (foot bone) from a large Pleistocene horse that was much larger than the typical fossils we find in Yukon and Alaska.  When we’ve found these in the past they have typically been at ‘older’ sites that date to the Middle Pleistocene and this one was associated with a 700,000 year old volcanic ash so this made sense.  I was mostly interested in the relict permafrost at the site at the time, but given these fossils are rare- and it was preserved in permafrost I thought there might be a chance for some DNA preservation in the fossil.

Well after many years of work, several dead ends, the genome is complete and published this week in Nature.